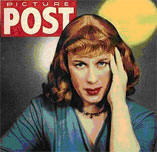 Born Robert Cowell in Croydon, she was educated at Whitgift School and University College London. She was a Spitfire pilot and subsequently a prisoner of war in World War II, and a racing driver after the war.[2] She had a vaginoplasty in 1951, via a surgical method invented and performed by Dr Harold Gillies. This occurred two years before Christine Jorgensen's surgery in Denmark. Roberta Cowell's surgical transformation and friendship with the female-to-male transsexual Michael Dillon, also operated on by the plastic surgeon Sir Harold Gillies, is documented in the book The First Man-Made Man by Pagan Kennedy [3]. Roberta's life is described in her biography, Roberta Cowell's Story.[4]

In 1951, Roberta was able to have her birth certificate changed, which later became impossible (following the Corbett v Corbett decision) until the recent Gender Recognition Act. She was thus technically in a same-sex marriage until her divorce.

Roberta Cowell died in October 2011, but this was known to few people, and was first reported two years later, in the Independent on Sunday.[6]