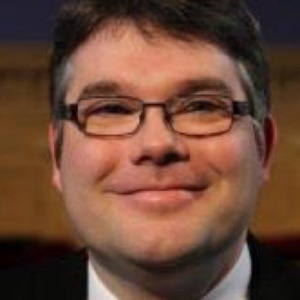 Scott Rennie
Rev Scott Rennie (born Aberdeen, 1972) is a minister in the Church of Scotland.

Rev Rennie was married to his wife, Ruth, with whom he has a daughter, for five years before they separated and divorced[1] Rennie subsequently formed a relationship with his now partner, Dr David Smith, an Educationalist at the University of Aberdeen[2] and Religion scholar.[3]

"Scotland's first openly-gay minister. Rev Rennie became minister of Queen's Cross Church, Aberdeen, last year. Some worshippers complained, but since he arrived attendances have been up.."[4]

Partly based on a Wikipedia article.