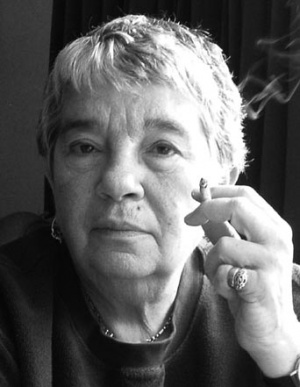 She was born in Brooklyn, New York, into a largely Yiddish-speaking environment, but has lived in the UK since the 1970s. She began to train at Leo Baeck College in 1984 where she and Elizabeth Tikvah Sarah were the first openly lesbian rabbinical students. In 1990, following a conversation with Rabbi Lionel Blue she and a group of friends founded Beit Klal Yisrael.[1]

She published a book of sermons, Watching for the Morning (Pronoun Press, 2007).

"The Brooklyn-born rabbi moved to London in 1970 and founded gay and lesbian synagogue Beit Klal 20 years later. Having lacked a permanent home for many years, members now meet in Notting Hill. The synagogue has generated five rabbis, and one student rabbi."[2]