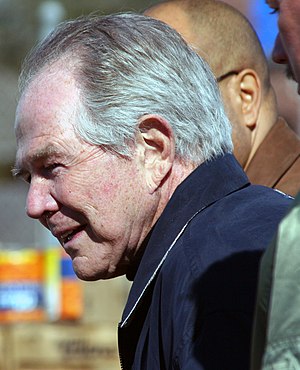 In 1999, Robertson entered into a joint venture with the Bank of Scotland to provide financial services in the United States. However, the move was met with criticism in the UK due to Robertson's views on homosexuality. Robertson commented “In Europe, the big word is tolerance. You tolerate everything. Homosexuals are riding high in the media ... And in Scotland, you can't believe how strong the homosexuals are." Shortly afterward, the Bank of Scotland cancelled the venture.[1][2]

In 2013 he received the Stonewall Bigot of the Year Award.