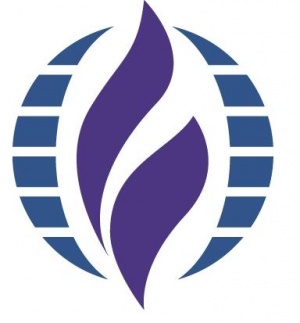 MCC flame logo
The Metropolitan Community Church (MCC) is a Christian denomination with a specific outreach to LGBT families and communities. It was founded in 1968 in Los Angeles, California, by Rev Troy Perry, to provide a church that would be welcoming to gay and lesbian people, at a time when most mainstream Christian denominations were hostile.

Each local congregation is an autonomous member of the Universal Fellowship of Metropolitan Community Churches (UFMCC).

In 2005, following the retirement of Rev. Elder Troy Perry, Reverend Elder Dr Nancy Wilson was elected as Moderator of The Metropolitan Community Church, in July 2010, she was re-elected for a term of six years. [1] In 2011, President Barack Obama appointed Rev. Wilson to the President’s Advisory Council on Faith-Based and Neighborhood Partnerships. Their work culminated in a report of recommendations to the President: “Building Partnerships to Eradicate Modern-Day Slavery.” Following President Obama’s re-election in 2013, Rev. Wilson gave a Scripture reading at the Inaugural Prayer Service at the National Cathedral in Washington, D.C., and was the first openly gay clergy member to participate. She retired in September, 2016.

MCC London was founded in October 1973, as a continuation of the Fellowship of Christ the Liberator, founded 1972. It was the first recognised MCC outside the USA, narrowly beating Toronto.[5] In 1974 it moved to the Pimlico Neighbourhood Aid Centre. This was demolished to make way for the Queen Mother Sports Centre, so the church moved to the Cromer Community Centre near King's Cross. In 1980 it acquired its own premises, the upper floor of the Oddfellows Hall in Sistova Road, Balham and from 1990 it leased the whole of the building.[6]

The first full-time pastor was Rev Tom Bigelow, succeeded by Rev Ken Taylor, and in 1979 by Rev Jean White. In 1994 she resigned to take a year's sabbatical, and in 1995 she became the founding pastor of MCC South London.[7]

UK MCC congregations are or have included: