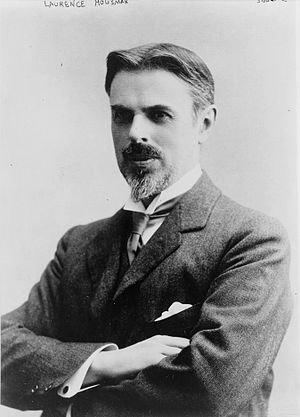 He studied at the Lambeth School of Art and the Royal College of Art, and became a book illustrator using an art nouveau style. He was active as a pacifist and supporter of women's suffrage.

He later took to writing plays, some of which were censored at the time for depicting biblical characters. His play about Queen Victoria was similarly unable to be performed unti 1937, 100 years after the Queen's accession. He also wrote children's stories and socialist and pacifist pamphlets. He wrote an autobiography, The Unexpected Years (1937), which, despite his record of controversial writing, said little about his homosexuality. He also edited his brother's posthumous poems.

In 1945 he opened Housmans Bookshop in Shaftesbury Avenue, founded in his honour by the pacifist organisation, the Peace Pledge Union, of which he was a sponsor. In 1959, shortly after his death, the shop moved to Caledonian Road, Kings Cross. It was important in the early days of GLF and was home to Gay Switchboard in its early years.

Elizabeth Oakley published a study of Housman and his sister Clemence in 2009 [1].