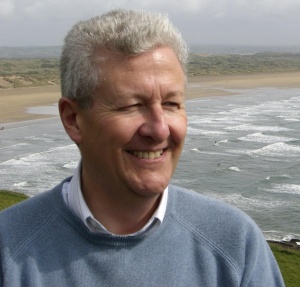 Jeremy Marks
Jeremy Marks is the founder of Courage a group for gay evangelical Christians.

He knew from the age of 13 that he was gay, but was convinced by the teaching of his local Baptist church that homosexual impulses had to be resisted. He trained in the USA with an "ex-gay" organisation, and set up Courage to support gay Christians, but help them to overcome their homosexuality. In 1991 he got married, and he and his wife have stayed together ever since, but he now recognises that they have both missed out in a big way.[1]

During the 1990s it became more and more clear to him that attempts to "cure" people of homosexuality were not working. Many of the people who had joined Courage were suffering from depression, and the only ones who were really happy were those who had accepted they were gay and found a partner. He therefore changed the focus of Courage from trying to cure homosexuality to helping people accept that they are gay, while still remaining Christians.[1]

In 2012 he retired from Courage, which has now closed and been replaced by the Two:23 Network.