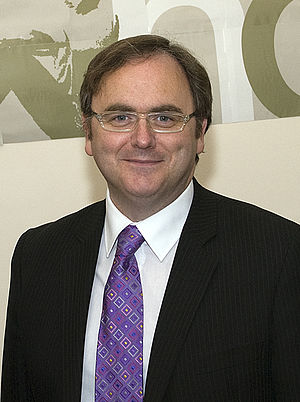 He was born and raised in Greenock. He served as a priest until 1994 when he become a director of the Christian Socialist Movement. He was elected MP for Greenock and Inverclyde in 2001, following legislation which had removed the ban on priests being elected, and rose to be a junior minister.

He was taken to hospital in March 2011, suffering from acute pancreatitis, and died on 9 May. He is survived by his partner, Dermot Kehoe.[2][3]

In July 2012, the new Roman Catholic Archbishop of Glasgow, Philip Tartaglia, suggested that David Cairns' early death might have been because he was gay.[4]