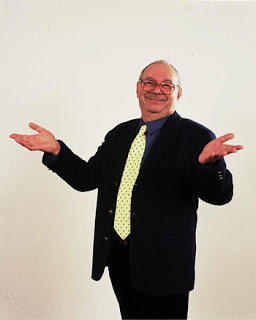 Blue was the first British rabbi publicly to affirm his homosexual orientation and published Godly and Gay in 1981. He has been openly homosexual since the 1960s and has had three male live-in lovers. He met his most recent partner, Jim, in 1981 through a personal advertisement in Gay Times. However, his memoirs reveal that he considered marrying Joanna Hughes, a student whom he met whilst they were both students at Oxford in 1950.

He is an occasional guest speaker of the Jewish Gay and Lesbian Group. He is also a patron of Kairos in Soho.