This article is about the former group in London. For the current group in Manchester, see Icebreakers Manchester.

Icebreakers was a support group for gay men and lesbians. It was founded in 1973 [1] , and ran until about 1984 from premises in Brixton [2].Micky Burbidge was an active member of Icebreakers. Icebreakers ran a disco at the Prince Albert and then from summer 1979 at the Hemingford Arms in London every Friday evening [3]. Antony Grey (1992) states that Icebreakers was 'an offshoot of the GLF (Gay Liberation Front) anti-psychiatry group[4]. 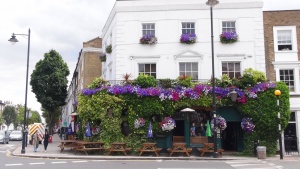